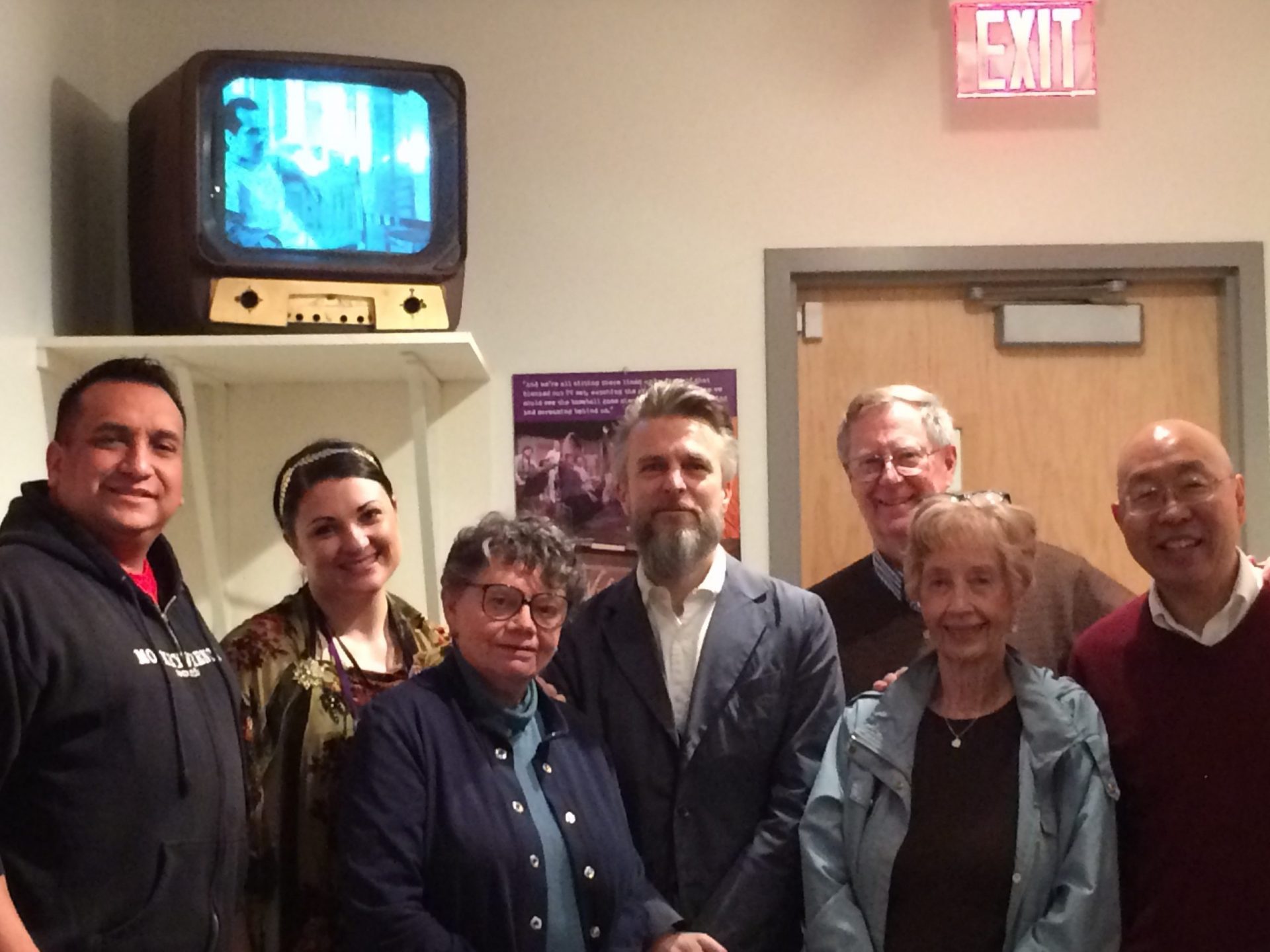 Below is Part 1 of 2 mini-reports on my recent visit to Oregon State Hospital, the oldest remaining State building in Oregon and one of the few remaining Kirkbrides west of the Mississippi.

Just 2 weeks ago I visited Oregon State Hospital, in Salem, OR, and met new friends and passionate (and successful) supporters of their local Kirkbride Hospital. A few weeks previous to my arrival, I’d corresponded with Hazel Patton, of Salem, OR, the driving figure for the successful preservation and adaptive reuse of the original Kirkbride building, from 2007-11. Since it was a chilly and drizzly Saturday, I expected to meet perhaps one or two people at OSH’s Museum for Mental Health, but was surprised and delighted by a party of six that included Hazel Patton, Sera Miller, Eric J Price, and Dr. Howard W. Baumann, Sue Zakes and Benny Won.

Famed for its central role in the film version of Ken Kesey’s novel, “One Flew Over the Cuckoo’s Nest,” Oregon State Hospital is one of 13 Kirkbrides in the U.S. that continues to operate as a Psychiatric Hospital, and it is the oldest continuously operating psychiatric hospital of any type on the west coast. Throughout its history, OSH was linked to Oregon’s correctional system – prisoners at a nearby state penitentiary contributed to the asylum’s construction in 1883 – and since the 1980’s this connection has become more pronounced. 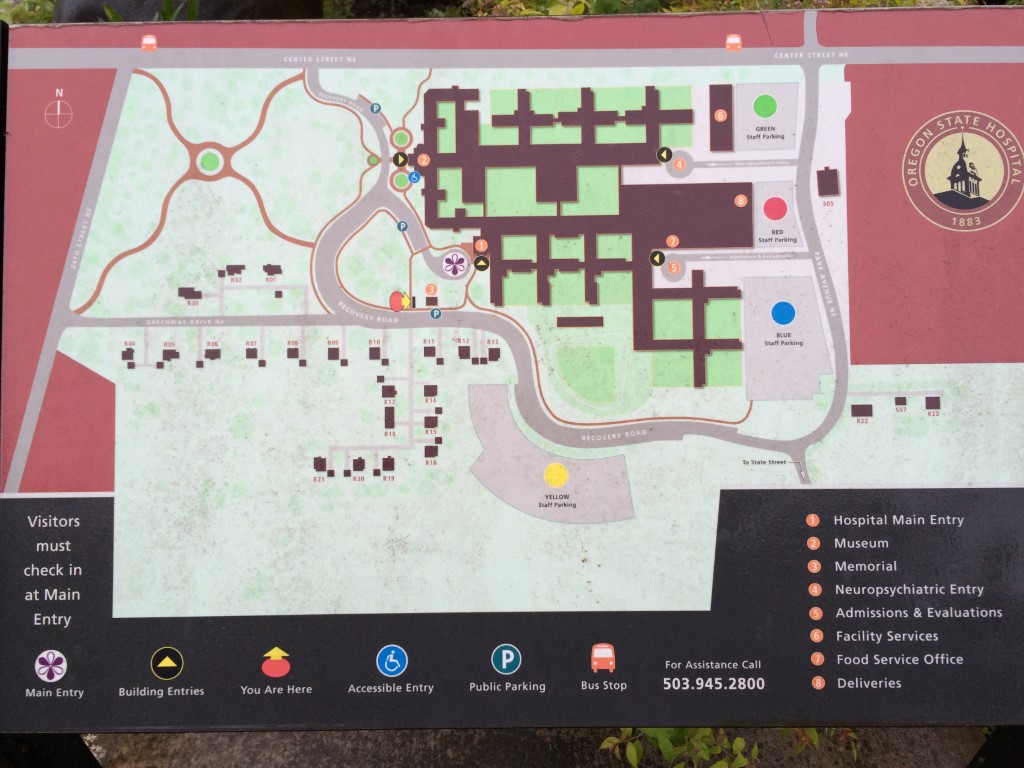 When unsustainable conditions at OSH were reported in 2003 and initial campus rehabilitation plans called for all original buildings to be demolished, local architectural historian Hazel Patton and a squadron of advocates successfully campaigned to preserve the original portion of the Kirkbride Building (designed by William F. Boothby and restored by Portland architectural firm SRG), knitting it together with new facilities, designed by HOK Architects, with a series of court gardens and ornamentation from Oregon’s % for art program. Although Salem’s Kirkbride had been declared a local historic landmark in 1990, faced with the likelihood of demolition supporters sought and earned National Registry of Historic Places designation for the campus.

During restoration to exterior walls, contractors confirmed the structure’s compliance with Thomas Story Kirkbride’s recommendations about ventilated wall construction, and also revealed that each brick was stamped with “O.S.P.” – Oregon State Penitentiary – manifesting the role of prison labor in constructing OSH. Each Kirkbride is the tip of the iceberg of a rich and complex cultural history. How often did this dynamic play out in the construction of Kirkbrides and similar public infrastructures in the fledgling United States? How do/did Kirkbride Asylums align and differ in principles and practices, state-to-state? 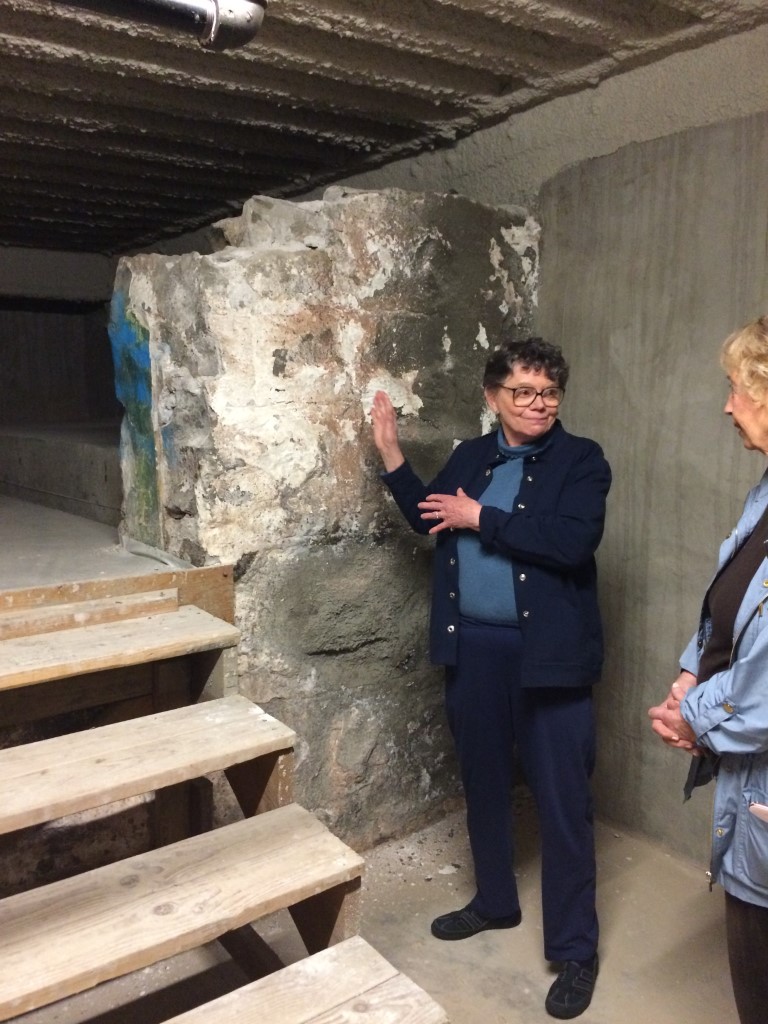 My docents graciously spent 4 hours with me, leading me through OSH’s restored Kirkbride Building, the museum of Mental Health, and the stunning Cremains Memorial. En route, they recounted episodes from the adaptive reuse of the Kirkbride, proudly pointing out the thoughtfully preserved fragments and original materials. (Their integrative, non-erasive approach to architectural ruins would be most welcome at sites currently undergoing redevelopment, such as Hudson). Living with tangible reminders of our complex cultural histories enriches our constructed environment, equipping cognition and memory.

In previous posts I’ve stated that museums would be a valuable way to engage local communities and to circulate enthusiasm and awareness nationwide among the remaining Kirkbrides. The Museum of Mental Health at Oregon State Hospital, which opened in 2012, offers a promising model for a nationwide network of asylum museums that share mutually beneficial information and resources.

The museum also demonstrates it is possible to provide such facilities in an operating psychiatric hospital with secured correctional facilities. Fittingly housed in the “Central Main,” the Museum provides a mini-history of mental health care through the equipment, practices and stories of OSH residents. There was no lack of source materials. For decades, hospital staff had assiduously stored a startling breadth of Asylum-care furniture, instruments, products, documentation and paraphernalia in rooms along the underground tunnel system, which was 2 miles and equipped with intersection lights. 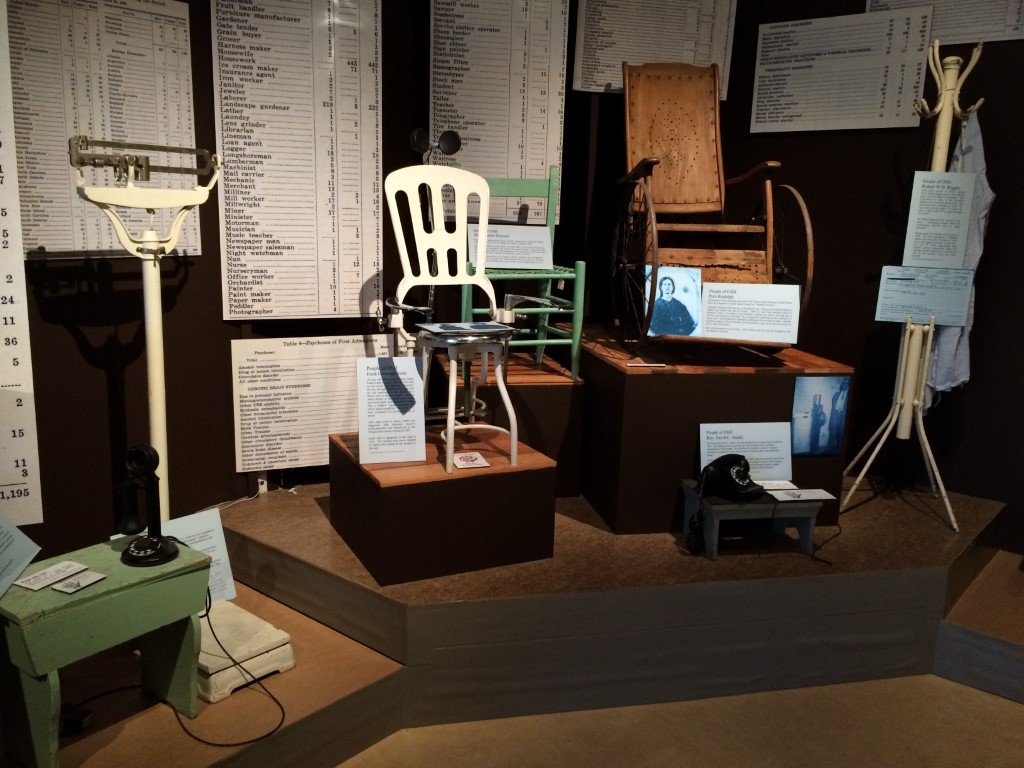 Such materials are treasures and provoke questions for future research, specially in concert with similar materials and potential exhibits at other Kirkbrides. Was asylum furniture and equipage produced locally, regionally or nationally? At what scale of production – fabricated and distributed by what flows of material and human resources?

I’d arrived on opening day of a new installation on the history of firefighting at OSH, a common storyline across Kirkbrides… Several installations simulate original residents’ quarters, hallways, and tunnels (inaccessible for security reasons), and one can access recorded stories and information by listening to period phones. Ongoing exhibit topics include forensic psychiatry, treatment techniques, art therapy, food production, religion & spirituality, and suitably there is a section on “One Flew Over a Cuckoo’s Nest,” with the original TV set from the famous scene (it was rescued from a dumpster). As a direct consequence of OFOaCN, OSH is a pilgrimage for Russian filmmakers. 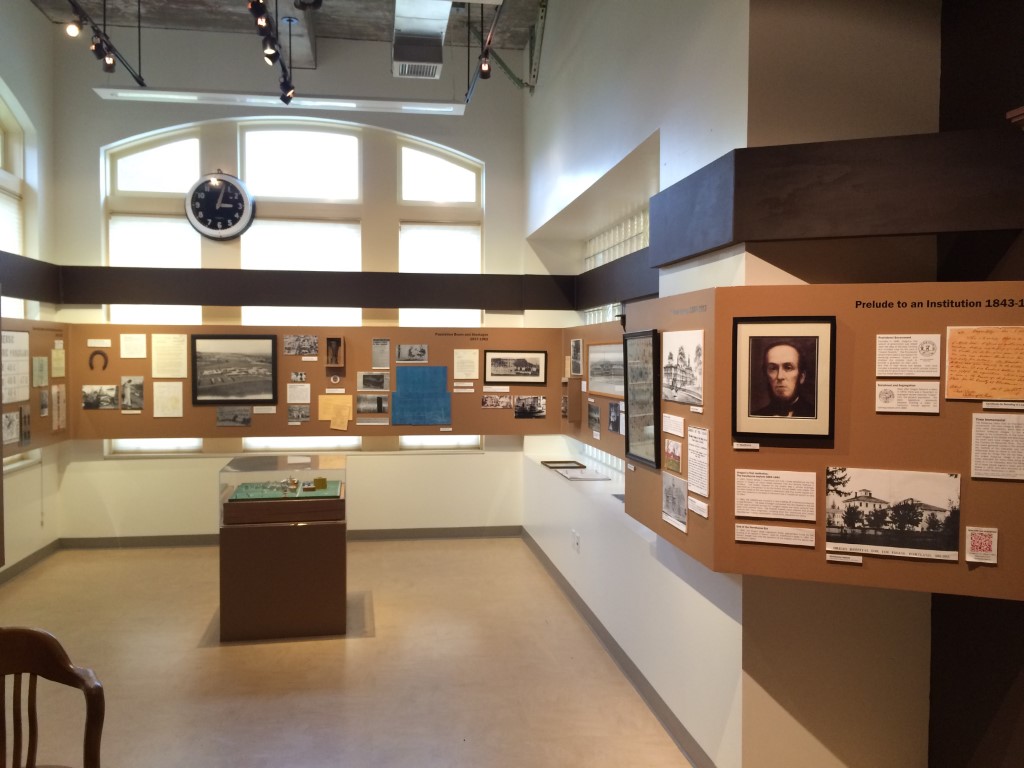 The museum’s popularity was self-evident. Parking spots were scarce! My quick takeaway is the value of promoting traveling exhibits among Kirkbrides. Such heritage commerce can help us, locally and nationally, work through the stigmas and difficult histories associated with mental health care so that we can, in turn, better protect valuable public infrastructures such as the Kirkbride Hospitals for renewed life and service.

Part 2 on the OSH Cremains Memorial to come.